Together we are positively powerful At Affirmations, we believe in giving back, in supporting the values that mean so much to us. We believe that unless you walk the walk, you can’t talk the talk. The following organisations have sustained the environment through good times and bad and we are proud to sponsor and support each of them with their important work in a number of ways.

They have never wavered in their support. We salute them and recommend you check out their websites and their work. The Great Koala National Park, www.gknp.org, which is designed as the key component of a larger strategic koala reserve network for the north coast, is the best chance for koalas to have a secure future in NSW and will give our dwindling koala population the habitat they need to thrive again. By adding 175,000ha of state forests to existing protected areas to form a 315,000ha reserve in the Coffs Harbour hinterland.

Koala numbers plummeted by a third in the 20 years between 1990 and 2010. That is only three koala generations! The Great Koala National Park will protect our national icon.

Currently most koalas in NSW live outside of protected areas. In fact, because our National Park network is biased towards higher, more infertile country, it doesn’t capture well the habitat that koalas prefer – fertile, coastal forests that produce more nutritious leaves.

It’s not just koalas that will benefit from the Great Koala National Park! This spectacular landscape hosts lush World Heritage Gondwana Rainforests, some the world’s most diverse towering eucalypt forests – which NPA has assessed as having World Heritage values – and an array of threatened species including the Hastings River Mouse, Spotted-tailed Quoll, Powerful Owl, Sooty Owl, Greater Glider and Yellow-bellied Glider.

Affirmations are helping the steering committee with direct financial support and logistical guidance to build a sustainable business model in line with the findings of the University of Newcastle Economic Impact Assessment and Environmental Benefit Analysis. We believe the park will be an economic success while making positive impacts on climate change and the survival of our precious Australian wildlife.

Carbon Neutral is an environmentally aware organisation helping organisations across Australia and beyond minimise their impact on the environment by working with them to measure, reduce and offset greenhouse gas emissions.

We work in partnership with Carbon Neutral to measure all of our annual emissions across our business and fully offset them by investing in locally sequestered Australian Native Reforestation projects. See the Carbon Neutral website for details https://carbonneutral.com.au/

We also generate our own energy through commercial solar installations on our buildings and top up any shortfall with 100% renewable power plans and have a comprehensive recycling program for our waste all of which is recognised in our multiple Sustainability Awards.

For more than 25 years OzGREEN has been educating people around the world, enabling them to take action to improve their environment and become leaders of positive social change. OzGREEN’s unique approach incorporates citizen science, sustainability education, participatory leadership and community development, enabling people to innovate sustainability solutions themselves.  Co-founders Sue and Col Lennox managed to build their grass roots campaign into a world-wide, independent, not-for-profit organisation that now operates nationally in Australia and overseas in India, Latin America and East Timor.

"OzGREEN’s Youth Leading the World educational and leadership program is revolutionary in that it engages youth and applies the concept of exponential growth to solve the urgent environmental problems that confront us. No-one else is doing this." - Anton Juodvalkis, CEO, OzGREEN

Affirmations has been a long term supporter of Oz Green both with financial and logistical support.

The keystones of Landcare Australia are that it is community owned and driven, it encourages integrated management of environmental assets with productive farmland, and it promotes a more sustainable approach to private land management.

With the collaboration and support of federal and state government, corporate partners and local Landcare communities, there are now over 5,400 Landcare and Coast-Care groups across the country, and over 20 countries have now adopted the Landcare model that was developed here in Australia. 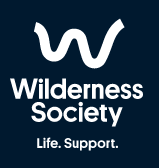 It all began in 1976 with a meeting of just 16 people in the home of Tasmanian GP, Dr Bob Brown. The passionate campaign that emerged to save the Franklin River rocked the political orthodoxy and defined a generation. In total, 6,000 Australians registered to blockade construction of the Franklin dam, each willing to be arrested for the cause. The new opposition leader, Bob Hawke, voiced his support for the Franklin River, securing his party a victory in the federal election. A majority of everyday Australians has cast a vote for the environment. A challenge was mounted by the Tasmanian Premier in the High Court, but in 1983 a final decision was handed down: “There shall be no dam on the Franklin River”. This vital ecosystem would remain intact.

For 40 years, The Wilderness Society stood at the forefront of Australia’s most historic environmental victories. But our biggest challenges lie in front of us. The Wilderness Society is powered by over 30,000 Australians from all walks of life. We work to support the living world that makes all life possible (including our own).

Together we’re taking on transnational corporations, rogue operators, and the armies of lobbyists and politicians who defend them. From the corridors of Canberra to the streets of your town, we’re here to change the system.

In 1896, a flock of gentlemen ornithologists began dining together in Melbourne. The table was decorated with wattle flowers and the nest of a Ground Thrush, complete with fresh eggs. There was talk around the table – serious talk – about the formation of an ornithological union, as in Britain and the USA, but it took a few more years and a few more dinners before they resolved to proceed. A committee was formed to solicit members for a truly national organisation, in line with the mood for federation at the time. They were successful in attracting 137 members, including six women.

For more that 100 years, Birds Australia and BOCA have been powerful advocates for native birds and the conservation of their habitats. Today, they are an independent, not-for-profit organisation with a single aim: creating a bright future for Australia’s birds. Much of their work is done by their network of local branches and special interest groups through their Reserves and Observatories.

Situations such as these, call for a rapid response with specialised medical and logistical help and they also run longer-term projects, tackling health crises and supporting people where the need is greatest. MSF currently have projects running in over 70 countries. Medics carry out more than eight million patient consultations a year and medical activities run from basic vaccination campaigns to complex surgery.

Following the Chinese occupation of Tibet in 1950 and His Holiness, the Dalai Lama’s flight to India in 1959, it was quickly apparent that one of the most critical needs of Tibetan refugees was finding a means to care for the many children who had been orphaned or separated from their families during the arduous escape from their homeland.

His Holiness promptly recognised that the future of Tibet and its people depended upon the younger generation. With this in mind and out of concern for the miserable conditions under which so many children were suffering, His Holiness proposed that a centre for destitute children be established in Dharamsala UTCV.

From its humble beginning 54 years ago, Tibetan Children’s Village has today become a thriving, integrated educational community for Tibetan children in exile, as well as for hundreds of those escaping from Tibet every year. It has established branches in India extending from Ladakh in the North to Bylakuppe in South, with over 16,726 children under its care.

Today, they are proud to see young people from villages serving the Tibetan community in different capacities and, at the same time, accept that there are a few children who have not fared so well. In this respect, extensive efforts are being made to further improve lives, bearing in mind the lessons and shortcomings experienced in the past. Though much has been achieved, there is still a long way to go to provide the children under their care with the necessary resources and the opportunities to develop their abilities to the fullest.

The Bush Heritage Australia story began in 1990 in a wild slice of Tasmanian rainforest. Two blocks of forest adjacent to the Tasmanian Wilderness World Heritage Area were put up for sale and marketed as 'ideal for woodchipping'. Unwilling to see this patch of forest destroyed, politician, activist and local resident Bob Brown used $49,000 awarded to him as recipient of the prestigious Goldman Environmental Prize as a down payment on the land, borrowing the rest from friends and the bank. The fundraising campaign to recover this debt was the birth of Bush Heritage in 1991.

Since then, the Australian public has rallied behind Bush Heritage. From just a few hundred hectares in 1991, we now help protect over 11.3 million hectares across Australia on our reserve and partnership properties. And it's all thanks to our supporters.

Escabags Ltd is an Australian registered charity who distribute ‘Escape Bags’ for victims fleeing domestic and family abuse.
Each ‘Escape Bag’ contains high-quality products as we understand the importance of feeling comforted and worthy in a crisis. Our ‘Escape Bags’ are not gender-specific and, by providing two variations, ‘Parent and Child’ and ‘Single Adult’, we proudly cater to ALL victims of abuse.

Add your favourites to cart

Your purchase will be split into 4 payments, payable every 2 weeks

All you need to apply is to have a debit or credit card, to be over 18 years of age, and to be a resident of country offering Afterpay

Late fees and additional eligibility criteria apply. The first payment may be due at the time of purchase
For complete terms visit afterpay.com/terms